St. Bernards are famous for being rescue dogs, but one such St. Bernard named Daisy found herself collapsing when climbing England’s highest peak.

She had to be rescued, with the problem being she was 120 pounds, and her owners weren’t able to move her.

This terrifying situation got Daisy’s parents to contact the Wasdale Rescue Team. Although this rescue team usually helps human climbers in need, they happily helped this canine climber when she needed it. 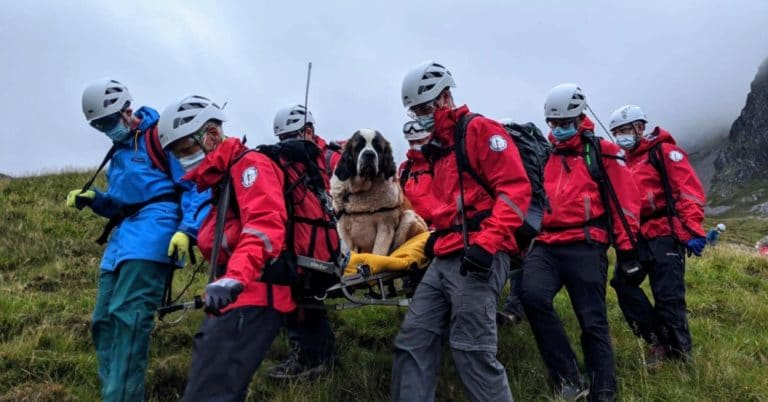 All of the Rescuers stated that having team members that had their pooches and having a fellow rescue dog, Jay, they can recognize the distress of the parents and what the dog was going through.

All of the rescuers continued, stating they didn’t hesitate and immediately set off to rescue Daisy from England’s highest peak. 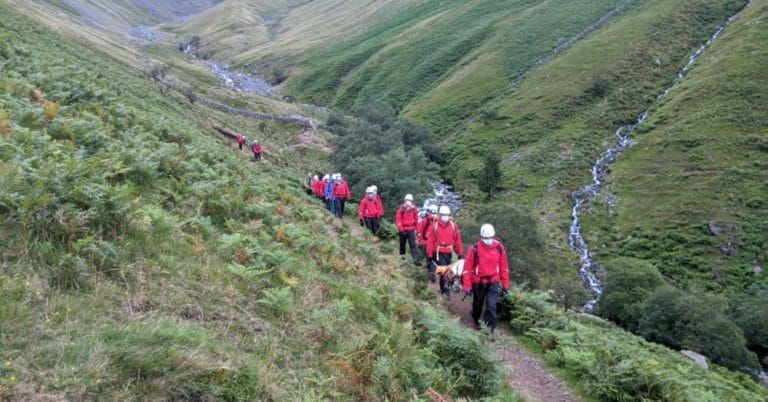 Rescuers then consulted a veterinarian of the best course of action and brought a stretcher, pain medicine, and plenty of dog treats on this particular mission.

They then wrote on Facebook that it quickly became apparent that Daisy’s willingness to cooperate was essential for an easy rescue. They said that Daisy made sure that they weren’t going to do anything she didn’t want to.

When Daisy was finally ready to be moved, the rescuers carried her on a stretcher and safely and slowly moved her down the peak. She is now comfortable and resting at home and, according to the rescuers, was embarrassed about her little mishap. 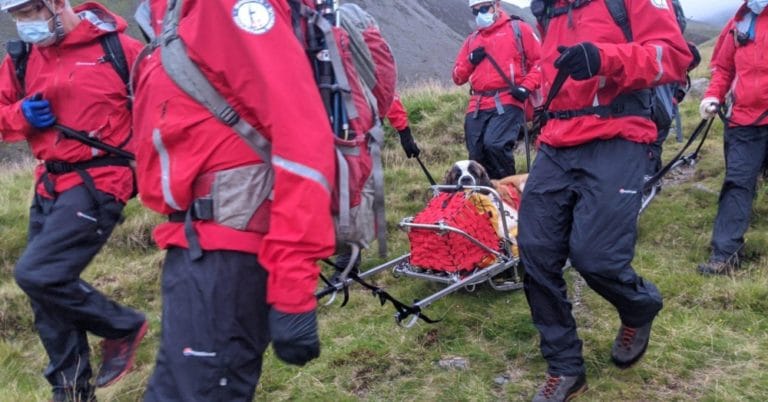 Wasdale Mountain Rescue Team reported that cute Daisy had an unfortunate start to her life, at least until her current owners rescued her. She has been said to have had a good night’s sleep, with her snoring a little louder than usual, and is now back in high spirits.

Daisy seems to be embarrassed that she collapsed on that climb, given that her fellow St Bernards have such stories of going around Alpine snow with bottles of brandy off their necks.

Doctor’s appointments are not exactly like a trip to Disneyland or the amusement park, it’s not the most fun place to be after all....

Gentle Labrador Fosters Feral Kitten And Prepares It For Adoption

Hikers Use Their Camping Skills To Rescue Lost Dog Trapped Inside...

Vickie Leaves The Shelter For Good And Joins Her New Forever...

Smart Pup Did Not Stop Barking Until Biker Follows Him To...