Home Dog Stories Family Reunites With Shih Tzu Mix Who Ran Away From Their Home...
Advertisement

Nikki Scott and her family adopted a Shih Tzu-Red Terrier Feist coss called L.T. a few years ago, they immediately realized what a daddy’s boy the pup was.

L.T. The Pup would always follow her husband, Todd, around and loved being near him all the time. So when they started picking out names for him, they settled on L.T., short for “Little Todd.”

Todd and Nikki treated L.T. as their baby and gave him all the best things in the world. Unfortunately, their happiness was short-lived when one day in 2015, the Shih Tzu mix suddenly ran off from their front yard. Nikki and Todd were understandably devastated at the incident and immediately tried searching for him around town.

The couple decided to put up fliers for people to see and started calling several animal shelters in the area. Hoping that L.T. had somehow made his way to their facilities, Unfortunately, the Scotts found no leads of him despite all their efforts. After about six months of searching, the Scotts finally gave up hope of seeing their beloved dog again.

Recently when Nikki received an unexpected phone call from a shelter in Tennessee. Apparently. Officer Rodriguez of the Bartlett Police Department spotted the pup wandering a busy road. He then immediately coaxed L.T. to approach him, and once he was close enough, the officer scooped the pup up and drove him to the local shelter.

Lucky for L.T. the staff decided to scan the Shih Tzu mix for a microchip and learned that he belonged to the Scotts. Within that day, the shelter reached out to Nikki to inform her of the good news. Understandably, the fur mom didn’t believe it initially as she was already convinced that their beloved pup would never come home again.

But then moments later when she saw L.T. in the shelter, she knew it was truly him. She started bawling right there and then and began thanking the officer who rescued the pup from the streets. Look at their happy reunion here. 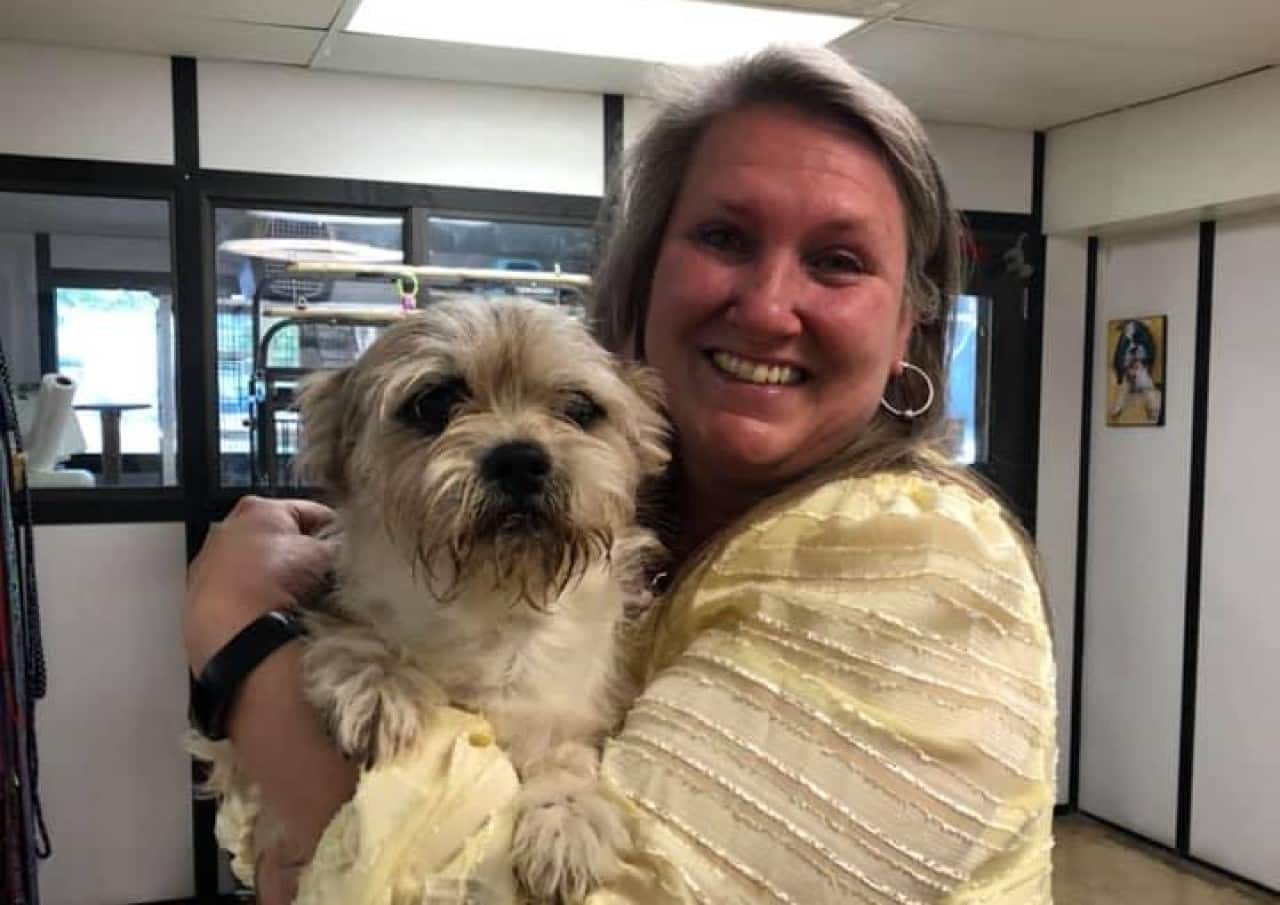 Adorable German Shepherd’s Boss Declaration Will Get You Into Stitches

Everybody knows that adopting rescue dogs from animal shelters is better. Most of these dogs have been through a lot in their lives and...

Deaf Pit Bull That No One Wanted Finally Finds The Loving...

Cute Golden Doodle Traces Her Dad’s Voice In The House And...

Sick Dog That Was Almost Put To Sleep Miraculously Recovers And...

Funny Video Of Dog Hilariously Struggling To Get The Kitten Out...